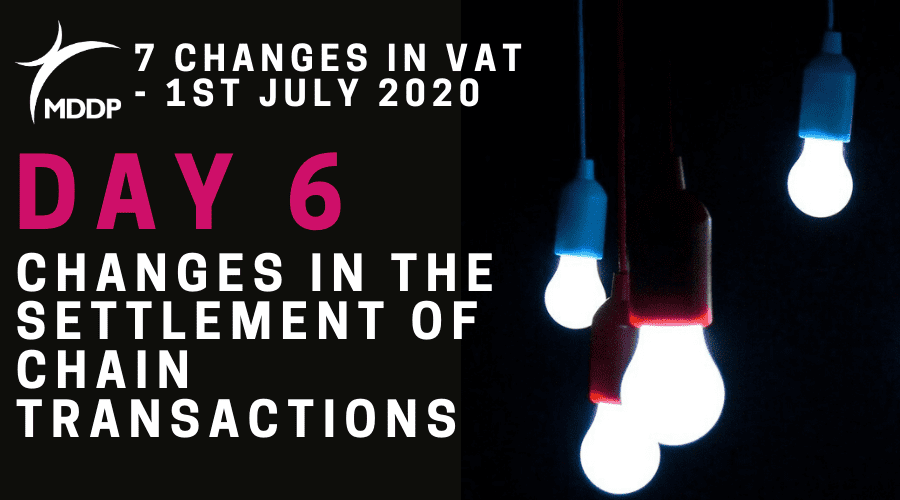 We are completing the series presenting the 7 changes in VAT regulations which from 1 July 2020 may affect taxpayers’ settlements with a  change that is non-existent and yet makes many taxpayers afraid of its effects.

The fourth element of the Quick Fixes package, which was the only one to be introduced not by virtue of an amendment of Directive 2006/112 but by virtue of amended Council Regulation (EU) 282/2011, was the introduction of a new provision of Article 45a, which sets out a set of presumptions to confirm that goods have been moved to another Member State as a result of a given transaction, which is necessary for the application of the 0% rate (which is a Polish equivalent of exemption with input VAT deduction)  in the intra-Community supply of goods.

Article 45a of the Regulation introduces two presumptions for the movement of goods from the Member State of dispatch to the Member State of destination – the first one concerns the case when the goods are dispatched by the seller (or an entity acting on its behalf), the other one applies when the goods are dispatched or transported by the buyer (or entity acting on its behalf).

A taxpayer wishing to make use of these presumptions must first and foremost have the evidence specified in the regulation. These can be two transport-related documents (e.g. a signed CMR, a bill of lading, an invoice for air freight or an invoice from the carrier of the goods) or one transport-related document and one of another type – a transport insurance policy; official documents confirming the arrival of the goods in the Member State of destination or confirmation of receipt by the operator of the warehouse where the goods have arrived.

What is important is that these documents should:

Both presumptions may be rebutted by tax authorities.

Article 45a of the Regulation or Article 42 of the Act – so  should   Polish taxpayer change its practice or not?

Article 42.3 and 42.11  of the VAT Act specify the documents constituting evidence of the movement of the goods into the territory of another Member State. These include transport documents (if the goods are transported by a carrier) and specification of the items of cargo. If this evidence is not sufficient, the taxpayer may supplement it with other information, such as trade correspondence, a document confirming payment for the goods or evidence confirming the acceptance of the goods by the buyer in the territory of another country.

There is therefore no doubt that the rules set out in Article 42.3 and 42.11 of the Polish VAT Act are simpler to comply with. Hence, does the Polish taxpayer have to apply the presumptions set out in the Regulation or can the taxpayer use the evidence referred to in Article 42 as has been the case so far?

Well, the essence of the connection between Article 45a of the Regulation and Article. 42 is the possibility for a Polish taxpayer to choose between the application of the rules set out in the regulation and the rules resulting from the act. The legislator has not repealed the provisions of Article 42.3 and 42.11  of the Act, and therefore the taxpayer can still rely on them.

And this is what the direct applicability of the regulation means in this particular case – this provision does not create an obligation for the taxpayer to build a presumption to apply the 0% rate in ICS. Instead, it creates an obligation for the Polish tax authorities to accept the taxpayer’s reliance not on the provisions of the Act but on the provisions of Regulation 282/2011 if the Polish taxpayer decides to choose so.

Thus – if you make intra-Community supplies of goods and you do not have any difficulties documenting the movement  of goods on the terms set out in the VAT Act – it is best to continue to comply with the provisions of Article 42 of the Act and rely on known and tested solutions.