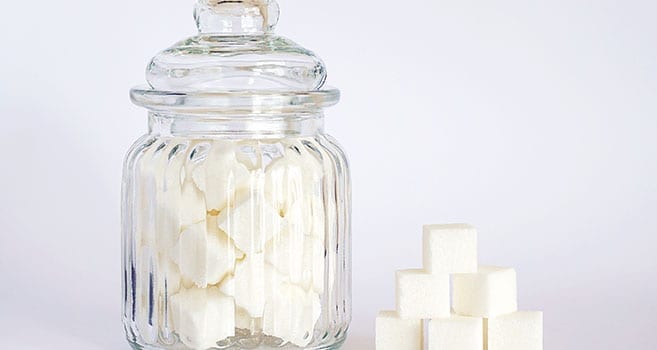 “Chronic non-communicable diseases, including diabetes and obesity, pose a serious public health challenge.” – it is hard to disagree with this statement of the Minister of Health. However, attention should be paid to fiscal measures which the Minister has proposed in order to promote pro-health choices of consumers in Poland.

As a remedy for chronic non-communicable diseases the Minister of Health has prepared a bill introducing additional levies for:

Why is it a levy, not a tax? In this case, above all, because of the budgetwhich the funds will flow to. Most of the income obtained from the Pro-healthy levies will be supporting the budget of National Healthcare Fund, so the repayment might be recognized as public health services.

The project provides that the Sugar Levy will be imposed on production, importation and intra- Community acquisition of beverages which are:

Beverages taxable with the excise duty will be excluded. Therefore, flavoured vodka and flavoured beer will not be covered by the Sugar Levy.

Entities responsible for submission of the information about the Levy and the payment thereof will include: manufacturers, importers (including natural persons who do not run any business activity unless they meet the exclusion criteria) and entities performing intra-community acquisition.

Manufacturing within the meaning of the bill has not been limited to industrial manufacturing, therefore, it may mean also preparation of a coffee (with or without syrup) in a café or a sweetened drink in a bar, though in the case of a drink we should consider the conflict of regulations: taxation of sweetened drinks vs. exclusion of excisable goods.

Exemptions on import are provided for individuals who import energy drinks or sweetened beverages only occasionally and intended for their own use. The condition of occasional import seems to be redundant and in practice may have the meaning that every-day crossing of the border with a cup of coffee or a can of cola will require payment of the levy on import of this beverage and submission of required information.

The levy, although related to the moment the customs debt arises, will not be declared within a customs declaration.

The Levy rate does not refer to the amount of sweeteners or active substances, but it should be calculated with reference to the quantity of drink and it amounts to:

Arrears in payments may result in additional payment due of 50% of the outstanding amounts.

1 PLN per each container of alcoholic beverage in unit packages up to 300 ml – this is the rate of the Alcoholic Levy. The calculation thereof is based on an amount of unit packages declared in the invoice documenting the purchase of goods by a distributor from a wholesaler, rather than the amount of bottles/cans sold by a distributor.

A distributor will be obliged to pay the Alcoholic Levy on a quarterly basis and to submit relevant information to the head of a commune (the mayor of a town or the president of a city) competent relevant regarding the location of the point of sale. Irregularities or delays in fulfilling the obligations will result in an additional payment of 30% and withdrawal or expiration of the license for selling alcoholic beverages intended for consumption at the point of sale or outside the point of sale.

The subject of the levy is provision of a service of advertisement of dietary supplements1. Who will be responsible for paying the Levy? The entity participating in the provision of the above mentioned services is defined as follows:

The definition of the entity responsible for the payment indicates two types of responsible entities – producers and buyers of an advertisement, without identification of single-phasing of the levy. In addition, the definition does not exclude foreign entities providing or purchasing this type of service.

The proposed rate of the Levy is 10% of the VAT tax base resulting from the service that is the advertising of a dietary supplement.

The structure of the Pro-health Levies requires clarification. Consultations are pending and as many stakeholders as possible should take their stand, including:

The assessment of the effects of the regulations presented together with the bill indicates that entrepreneurs selling alcoholic drinks are a group of tens of thousands of entities. The bill provides for the exclusion of Pro-health Levies as well as fees for the use of alcohol licences from tax deductible costs under PIT and CIT (Fees for the use of licenses for the sale of alcoholic beverages intended for consumption at or outside the place of sale), which will undoubtedly worsen the financial condition of alcohol distributors in Poland. Thus, the necessity for entrepreneurs to comment on the bill should be stressed even more.

¹ ‘dietary supplements’ – foodstuffs the purpose of which is to supplement regular diet and which are concentrated sources of vitamins or nutrients or other substances with a nutritional or physiological effect, alone or in combination, marketed in a dose form, namely forms such as capsules, pastilles, tablets, pills and other similar forms, sachets of powder, ampoules of liquids, drop dispensing bottles, and other similar forms of liquids and powders designed to be taken in measured small-unit quantities, excluding products having properties of a medicinal product as determined by the pharmaceutical law. [The Act of 25th August 2019 on food safety and nutrition (i.e. Journal of Laws of 2019, Item 1252 )]